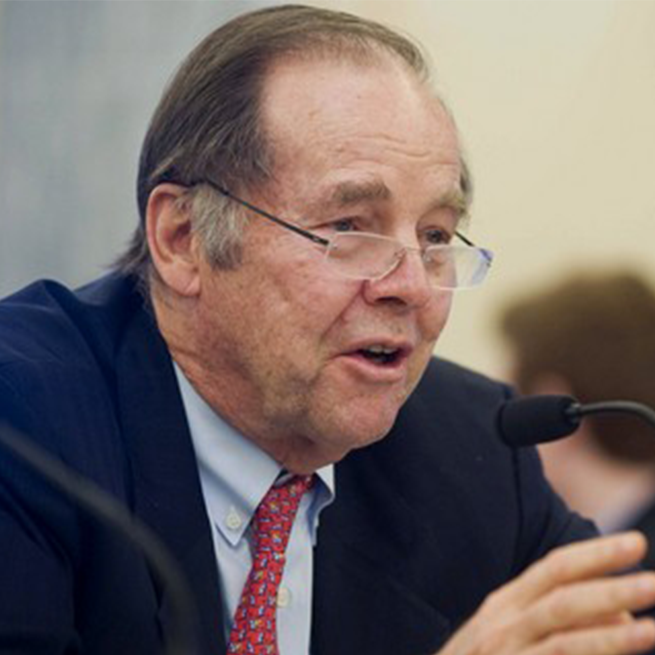 On December 16, 2002, Tom Kean was named by President George W. Bush to head the National Commission on Terrorist Attacks upon the United States. The Commission’s work culminated on July 22, 2004, with the release of the 9/11 Commission Report, which quickly became a national bestseller. Its recommendations resulted in the largest intelligence reform in the nation’s history. Kean served as the chairman of the 9/11 Public Discourse Project, a nonprofit entity created with private funds to continue the Commission’s work of guarding against future attacks.

As Governor, Kean was rated among America’s most effective state leaders by Newsweek magazine; noted for tax cuts that spurred 750,000 new jobs; a federally replicated welfare reform program; landmark environmental policies; and more than 30 education reforms. He delivered the keynote address at the 1988 Republican National Convention. He was re-elected for a second term by the largest margin in state history.

While Governor, he served on the President’s Education Policy Advisory Committee and as chair of the Education Commission of the States and the National Governor’s Association Task Force on Teaching. He remains one of the most popular governors in
New Jersey’s history.

Tom Kean served as president of Drew University from 1990 until 2005. During his 15 year tenure, he focused on shaping Drew into one of the nation’s leading small liberal arts universities by stressing the primacy of teaching, the creative use of technology in the liberal arts, and the importance of international education. During Kean’s presidency, applications to Drew increased by more than 40%; the endowment nearly tripled; and more than $60 million was committed to construction of new buildings and renovation of older buildings, principally student residence halls.

Kean served on several national committees and commissions. He headed the American delegation to the UN Conference on Youth in Thailand, served as vice chairman of the American delegation to the World Conference on Women in Beijing, and served as a member of President Clinton’s Initiative on Race. He also served on the National Endowment for Democracy. He holds more than 30 honorary degrees and numerous awards from environmental and educational organizations.

Kean currently serves as chairman of the board of Carnegie Corporation of New York. In addition he has served on a number of corporate boards and is chair of the National Campaign to Prevent Teen and Unplanned Pregnancy, co-chair of JerseyCan and is co-chairman with Congressman Lee Hamilton of the National Security Preparedness Group. He serves on the boards of the Environmental Defense Fund and the Seeing Eye and is the former chair of The Robert Wood Johnson Foundation the nation’s largest health philanthropy. He is also a member of the Council on Foreign Relations, American Academy of Art & Sciences and the Vice Chairman of the National Committee on U.S.-China Relations.

He holds a B.A. from Princeton University and an M.A. from Columbia University Teachers College and has served as a trustee of both institutions. Kean is the author of The Politics of Inclusion, published by The Free Press and is co-author of Without Precedent, published by Alfred A. Knopf, a division of Random House, Inc.

He writes a regular column for The Star Ledger with former Governor Brendan Byrne and appears as a regular commentator on New Jersey Network News. His wife is the former Deborah Bye of Wilmington, Delaware. The Keans have twin sons, Tom and Reed, and a daughter, Alexandra, and reside in Bedminster, New Jersey.